Symptoms Of PCOS: Do not ignore these problems on the face, there may be signs of PCOS 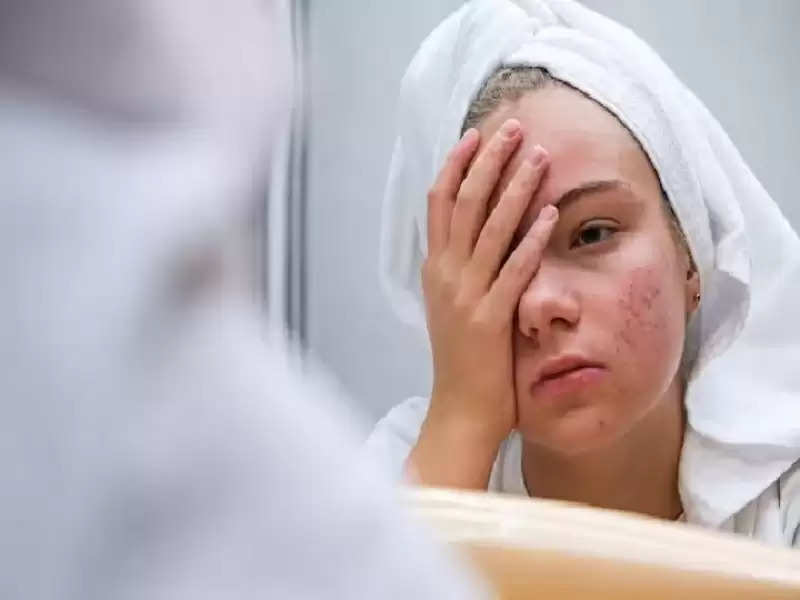 Symptoms Of PCOS: According to the World Health Organization (WHO) report, polycystic ovary syndrome (PCOS) is a common condition, around 116 million women worldwide are affected by PCOS, it is a hormonal condition that affects the ovaries of women. does. According to the UK National Health Services (NHS), there are three main characteristics of PCOS. These include irregular periods, excess androgens ("male" hormones) and polycystic ovaries, in which the ovaries are enlarged and contain many fluid-filled sacs (follicles), also known as cysts.

These changes in the skin
There can be many symptoms of PCOS, some of which include skin problems arising on the face. As discussed, a high level of androgens or male hormones is one of the main characteristics of hormonal status. It is also known as hyperandrogenism. Androgens are said to play a significant role in causing acne related to PCOS. They drive the glands of the skin to produce excessive amounts of sebum, which is an oily substance. Pimples around the chin and upper neck can be a sign of PCOS.

According to the NHS, other common symptoms of PCOS include:-
Irregular periods or no periods at all
Difficulty getting pregnant due to irregular ovulation or no ovulation
Excessive hair growth – usually on the face, chest and back
- gaining weight
- Thinning of the hair and loss of hair from the scalp

Risk of fertility problems
According to the NHS, PCOS is one of the most common causes of female infertility. Many women find out they have PCOS when they have difficulty getting pregnant, the UK health body reports. Ovulation is the process during which an egg is released from the ovary into the uterus, which then moves down into the fallopian tube and remains there for 12 to 24 hours, where it can be fertilized. However, the NHS says, "Women with PCOS often ovulate or do not ovulate, which means they have irregular or absent periods and find it difficult to become pregnant.

What causes PCOS?
While the exact cause of PCOS is unclear, some possible causes of the Mayo Clinic condition include:
insulin resistance
low-grade swelling
heredity
excess androgen

Lifestyle changes that can help
Women suffering from PCOS need to keep an eye on their weight. One of the symptoms of PCOS includes weight gain, which is why it is important to take all measures against it to avoid any additional complications. The NHS recommends exercising regularly and eating a healthy, balanced diet. A diet rich in fruits and vegetables (at least 5 servings a day), whole foods (such as wholegrain bread, wholegrain cereals and brown rice), lean meats, fish and chicken is recommended by Health Body. But most importantly, it is important to consult your doctor to get the condition treated.