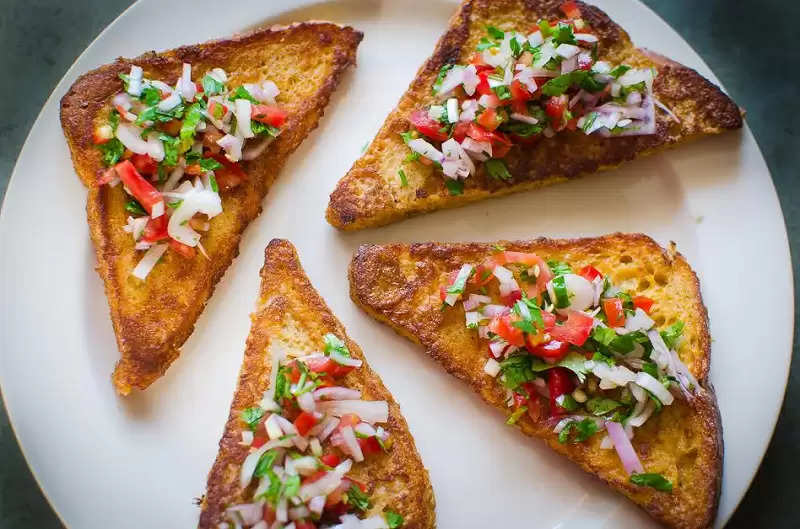 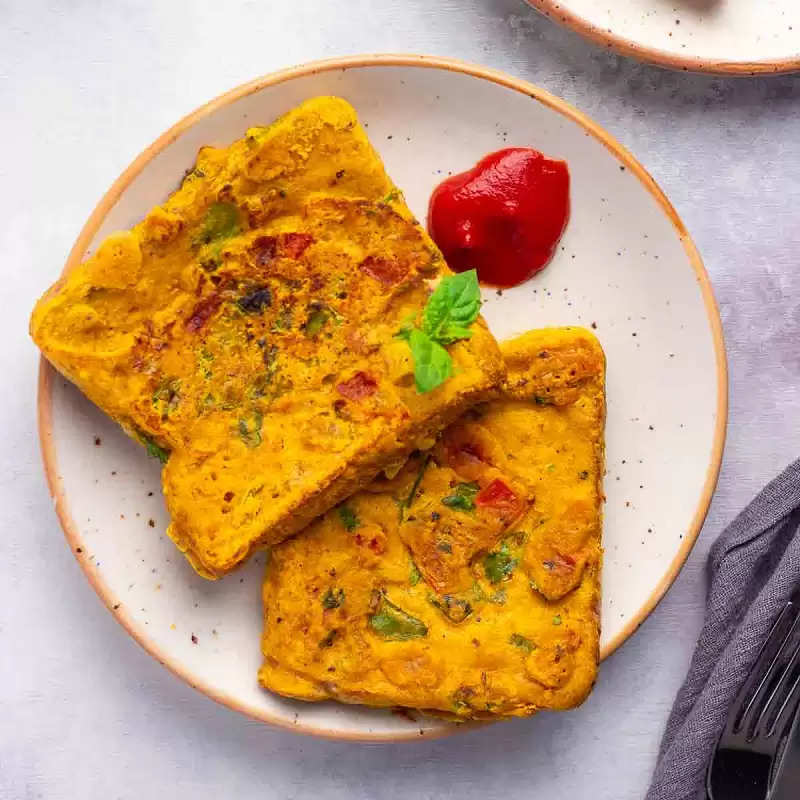 How to make Masala French Toast
Finely chop all the vegetables used in making Masala French Toast. Mix them. Cut all the bread slices into a triangular shape. Now put eggs in a bowl and beat them. Now add all the spices like red chili powder, black pepper powder, and salt, and mix it. Then add milk to it and whisk it. Put a pan on the gas and put some oil or butter in it. Dip one to two bread slices in the egg mixture and put them in a hot pan. Roast it while turning on both sides. 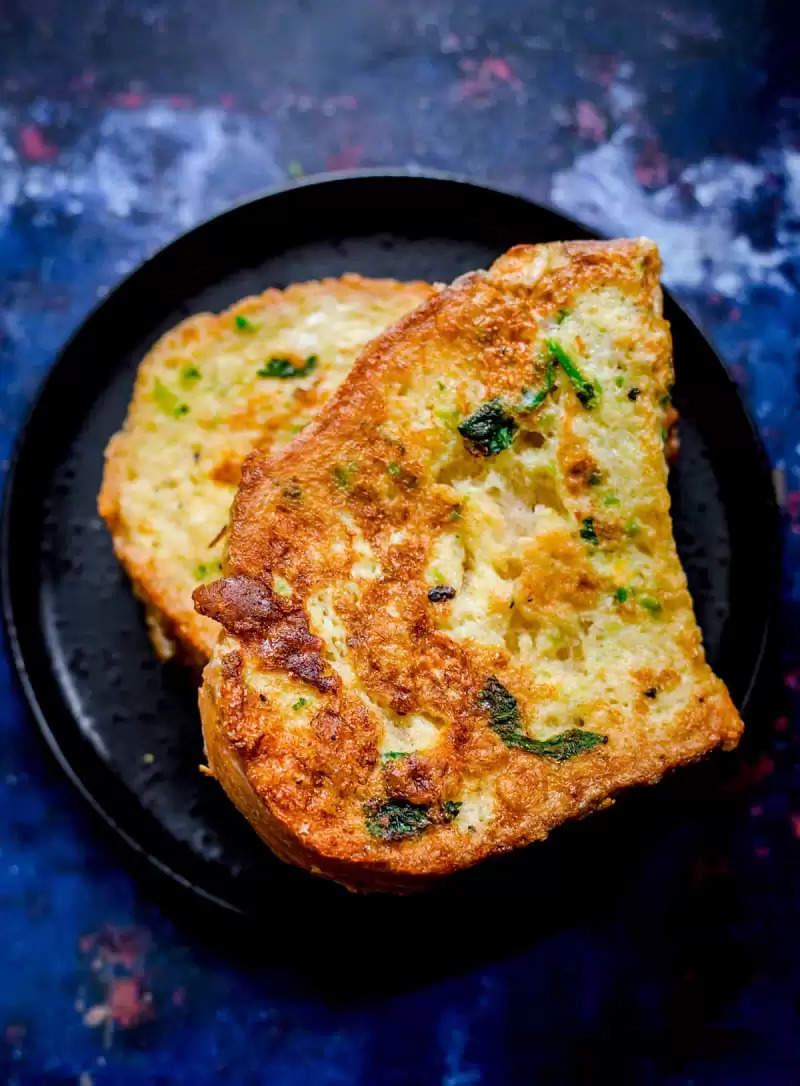 Now take it out on a plate. Similarly, dip all the bread in the egg solution and cook in the pan. Now put the mixture of chopped onions and tomatoes on all these slices. Put chaat masala on top. You can also put coriander leaves on top. Enjoy eating this nutritious Masala French Toast. You can also serve it with tomato sauce or coriander chutney.