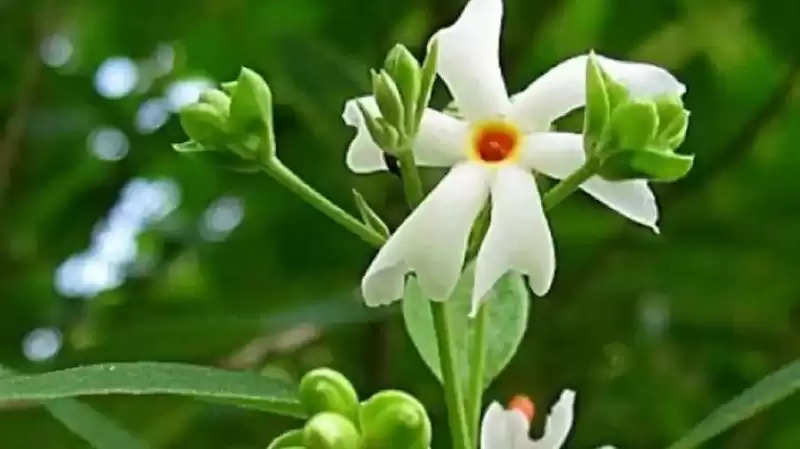 Harsingar is considered very sacred. By offering the Harsingar flower to Goddess Lakshmi, chances of getting wealth are obtained. It has been mentioned in astrology that in the house where the Harshringar plant is planted, happiness and wealth are sure to come in that house. About Harsingar, it has been told in the Harivansh Purana that in the house where the Harsringar plant is planted, Mother Lakshmi herself comes to reside in that house. 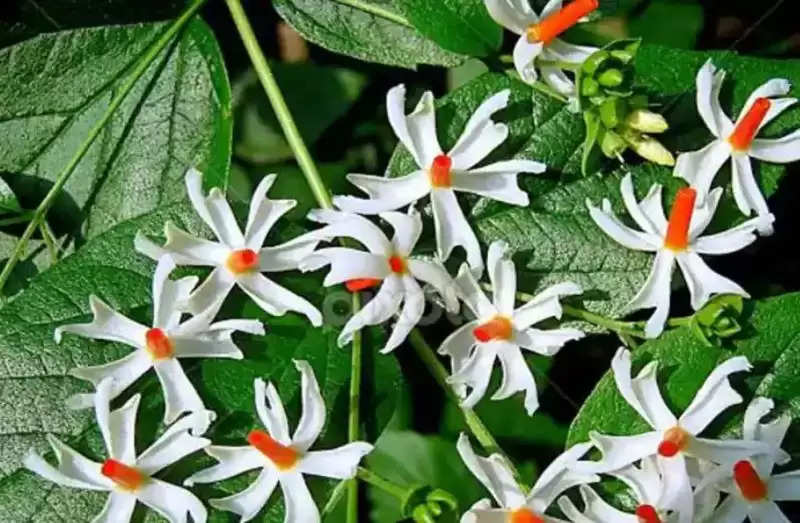 When should the Harsingar plant be planted?
Harsingar is also known as Parijat. It should be planted in the house on Monday or Thursday.

Which plant should be planted in the house to get wealth?
It is believed that Lakshmi Maa is pleased by planting a bael plant and a person gets wealth not only in this birth but also in the next life. One who plants a bael tree receives the fruits of his virtue for many births.

By putting it in the temple, one gets a virtue equal to the donation of gold.
It is said about the Harsingar plant that planting it in a temple or on the banks of a river gives a virtue equal to donating gold. Not only this but it is also believed about the Harsingar plant that planting it gives longevity. Lord Krishna brought it from Devlok and gave it to Rukmani, due to which he attained eternal life.

What are the benefits of drinking Harsingar leaf juice?
The paste prepared from its leaves is useful in reducing fever, high blood pressure, and diabetes. The juice of its leaves helps in reducing the treatment of cough. Taking the juice of Harsingar leaves with honey thrice a day provides relief for fever and cough.

Harsingar's tricks
On Tuesday, planting Harsingar plant near Hanuman Ji's temple, near a river, or at a social place gives the same virtue as donating one tola of gold. Not only this, but Hanuman Ji is also pleased and showers his grace.

What is the difference between Parijat and Harsingar?
Harsingar is another name for Parijat. Harsingar is mentioned in many ancient texts. Its flowers are highly fragrant, with small petals and white. There is a bright orange color in the middle of the flower. The above things are based only on beliefs. India.com does not confirm this