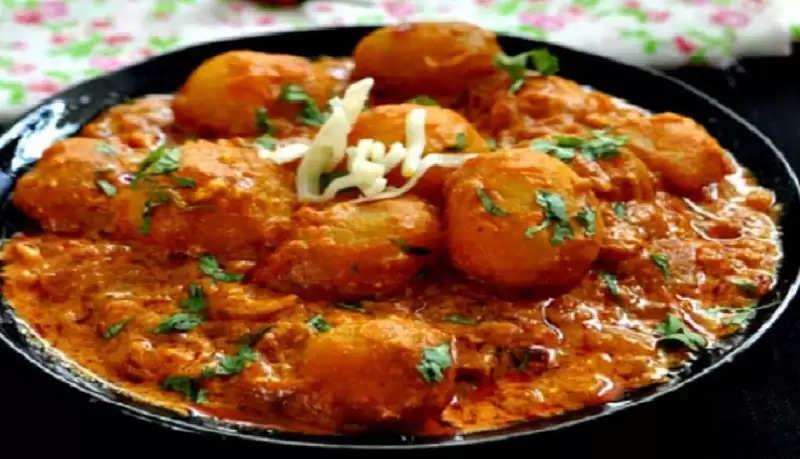 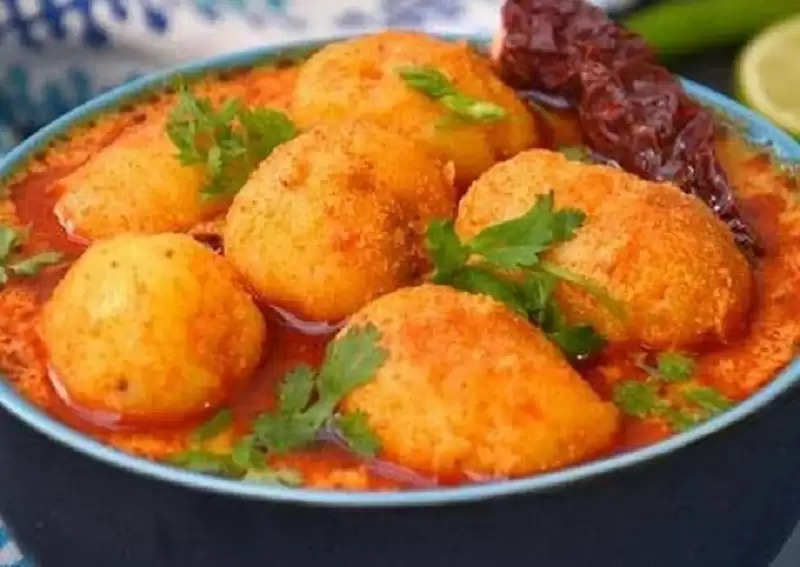 Now take potatoes and peel them one by one. After this, with the help of a spoon or any sharp object, hollow the potato from above in such a way that its middle part is completely removed. After this, put ghee in a pan, put hollow potatoes in it, and deep fry them. After this, take out the potatoes on a plate and keep them aside. 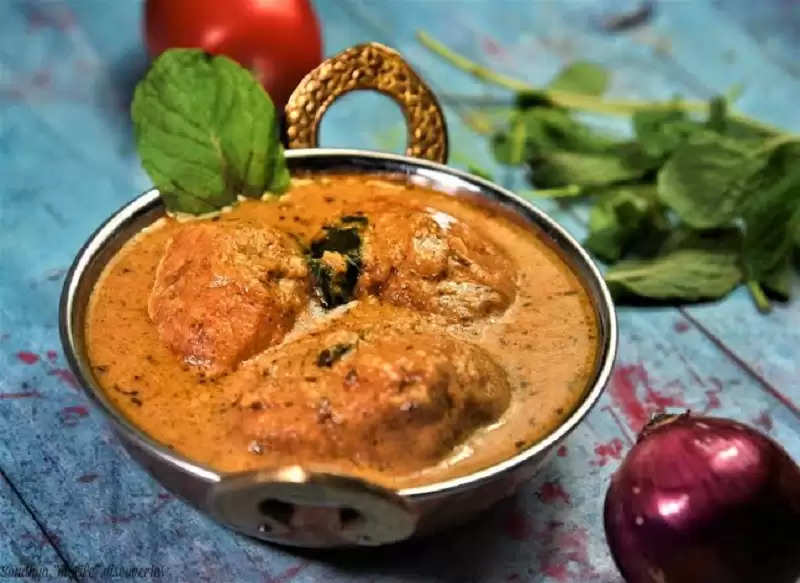 Now mash together grated potatoes and paneer. After this, fill them in the space of deep-fried potatoes and keep them. Now put onion and tomato gravy in a pan and cook it till its oil starts separating. After this, add red chili powder, kasoori fenugreek, garam masala, and salt to taste.

After this, add cream and butter to the gravy, mix it well and let it cook for some more time. After this, put potatoes with filling in it and let them cook for 5-7 minutes on medium flame. After that turn off the gas. Make sure that the potatoes are cooked well. Your delicious Lucknowi Dum Aloo ki sabzi is ready. It can be served with naan, roti, or paratha.