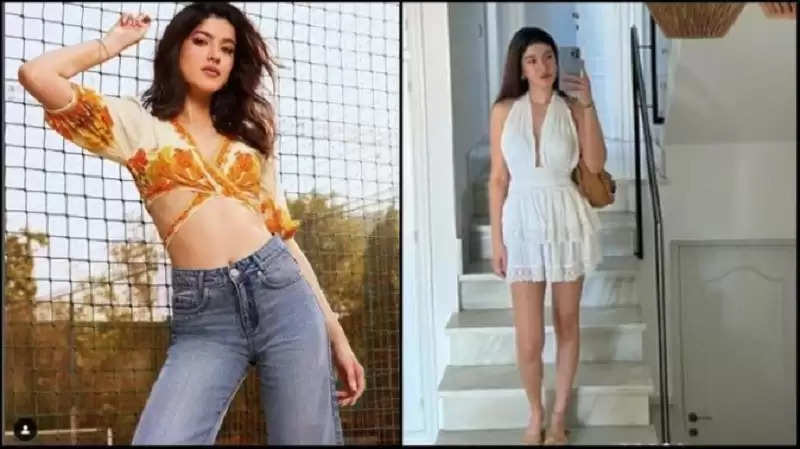 Sanjay Kapoor's daughter Shanaya Kapoor is all set to make her Bollywood debut but even before she enters the cinema, Shanaya has amassed a huge fan following on social media, who are eager to catch a glimpse of Shanaya. Whatever she shares on social media becomes viral. These days Shanaya is on vacation with her friends, from there Shanaya has shared her bold pictures.

In the pictures shared by Shanaya on her official Instagram account, she has shown her bold avatar. The first picture is of the seashore and the view seen in the photo is quite beautiful. In the second photo, Shanaya is seen taking a selfie. At the same time, in the next picture, she has shown a special glimpse with her friends. In these pictures, Shanaya is wearing a beautiful white outfit, in which she is wreaking havoc.

Shanaya is wearing a white color backless short dress, in which she is looking sizzling. This avatar of his is beating the hearts of the fans. In these pictures, Shanaya has kept her look very simple, due to which her face looks more attractive. Commenting on these pictures of Shanaya, her mother Maheep Kapoor has sent many heart emojis. Apart from this, fans have also commented on these pictures.

Shanaya Kapoor is debuting in Bollywood. She will soon be seen in Shashank Khaitan's directorial venture 'Bedhadak'. The film is being produced under the banner of Karan Johar's Dharma Productions.