Happy Birthday Tanuja: Tanuja has been the best actress of the 70s, know more about her... 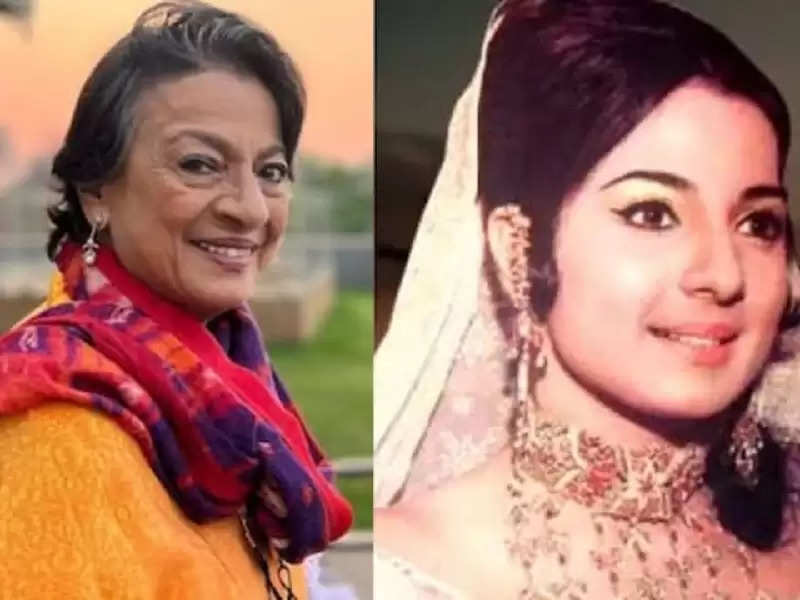 Happy Birthday, Tanuja: Talking about the beautiful and playful actresses of the past, Tanuja's name will be included in it. Tanuja Samarth, who ruled the hearts of people with her beauty and performance, is celebrating her birthday today. There are many stories related to her film career, but there is one such anecdote that gave Tanuja a big lesson in the acting world…

Tanuja's mother Shobhana Samarth herself was a great actress. In such a situation, there were talks about the film world in her house. Since childhood, Tanuja had closely watched the film world. Tanuja started her career with her didi i.e. Nutan. Tanuja was seen as a child artist in the 1950 film 'Hamari Beti'. After this Tanuja acted in many films.

Tanuja felt that the road was easy
Tanuja's mother and sister were associated with films. In such a situation, Tanuja felt that she would easily make a place in Bollywood. At the same time, Tanuja's mother Shobhana never wanted her to take advantage of being from a film family. She wanted Tanuja to make a mark in the acting world based on her hard work. On the contrary, Tanuja used to show a lot of tantrums in her early days. She used to work in her way on the set.

Had to cry but kept on laughing...
During a film, director Kedar Sharma told her that she has to cry in a scene. On this Tanuja did not take her seriously and roamed the whole set laughing. After this, she said that she is not in the mood to cry today. That's it, the director got angry after seeing these tantrums of Tanuja and he slapped Tanuja. Tanuja raised the sky on her head on this matter and came crying to her mother with a complaint. Tanuja's mother Shobha scolded Tanuja on the contrary and slapped one more. It was all very bad for Tanuja but this is where her life changed. She became very serious about her work and made a different identity in Bollywood with her talent.

Tanuja Samarth was born on 23 September 1943 in a Marathi family to Kumarsen Samarth and Shobana Samarth. Her father Kumarsen Samarth was a film director. When Tanuja was young, her parents got separated. Tanuja had three sisters, Nutan, Chatura, and Reshma. Tanuja married Shomu Mukherjee but their marriage did not last long. Tanuja has two daughters Kajol and Tanisha.