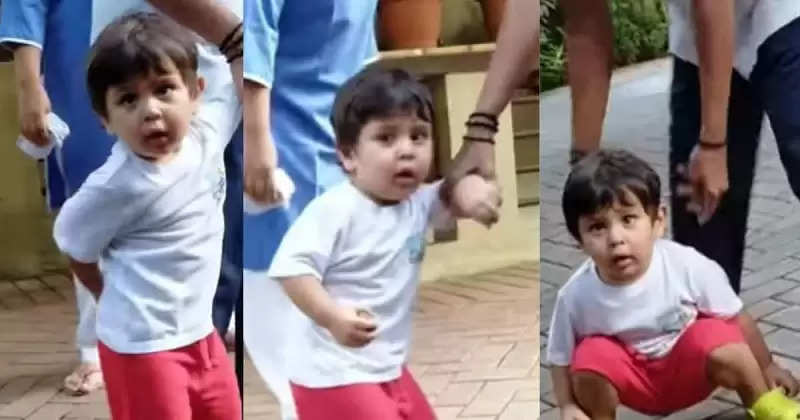 Jehangir Ali Khan VIDEO: Taimur and Jahangir (Jeh) (Jeh), the children of Kareena Kapoor and Saif Ali Khan, are always a hit on social media. The way Taimur's photos used to go viral earlier. Now, in the same way, photos of Jah also spread very fast on the Internet. Recently a video of Jeh has surfaced in which she is going toward the paparazzi and the nanny is trying to take her back.

Saif and Kareena's son Taimur doesn't seem so excited about his photos anymore, but at the moment, Jeh gets excited seeing all this. John was going inside his house in Bandra. There the paparazzi were already present for the photos. In such a situation, Jeh got excited seeing them and started going toward them. On this, when Naini caught his hand, he ran away after releasing his hand and sat on the ground.

On this, Naini took him in her lap and took him inside the house. Looking at Jeh, it seemed that he was curious to see the camera. In the video, Jah is seen in a white T-shirt and pink shorts. On the other hand, Taimur now runs away after seeing the camera and does not like to take more photos. Kareena Kapoor tries that both Taimur and Jeh do not stay in the limelight too much.

Fans said to want to give an interview…
As soon as this video of Jeh came on social media, the fans got a chance to talk. Many users found this style of Jeh cute. Some users said that Jeh is media friendly and wants to give interviews. At the same time, some users also said that he also wants to attract attention like his mother Kareena Kapoor.