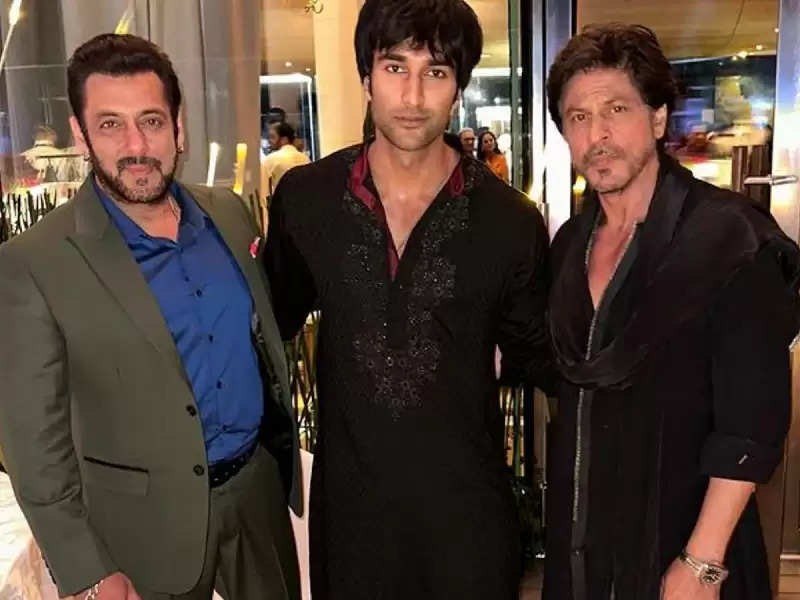 Shah Rukh Khan's film 'Pathan' is going to be released in theaters on January 25. Apart from Shah Rukh in the film, there are veteran and talented actors like Deepika Padukone, John Abraham, Dimple Kapadia, and Ashutosh Rana. There is already a lot of buzz about the film. Fans are eagerly waiting for the film and are going crazy for it. This craze has been doubled by Salman Khan's cameo. Makers have claimed that Salman has a cameo in the film. Fans are eager to see Salman and Shahrukh together on the big screen. 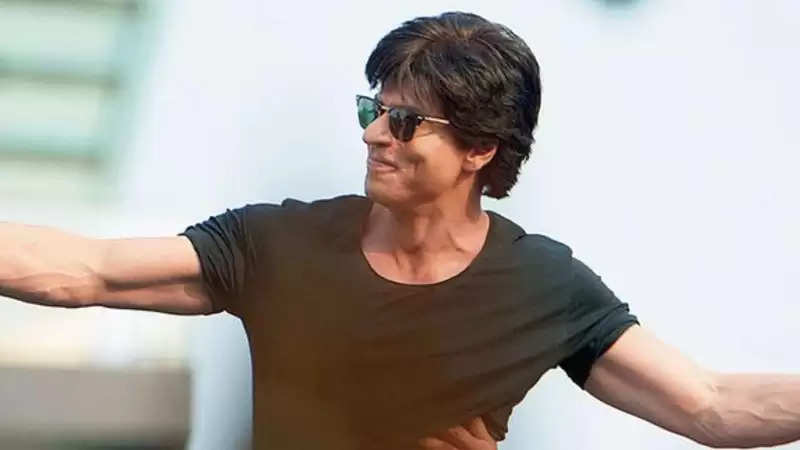 Ahead of the release of 'Pathan', Meezaan Jaffrey, son of actor Javed Jaffrey, has shared a picture in which Shah Rukh Khan and Salman Khan can be seen together. Without revealing where the two stars met and at an event, Meezaan shared the picture on Instagram. In this picture, both superstars are seen smiling and posing. 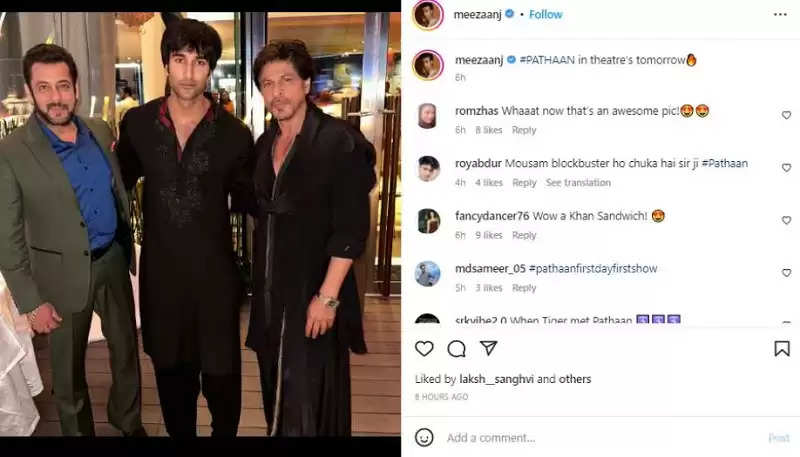 In this picture, Salman Khan can be seen in a blue shirt and olive green suit. While Shah Rukh Khan is seen wearing a black kurta-pajama. Meezan Jaffrey, standing between Shahrukh and Salman, is also in black kurta-pyjama. Sharing this beautiful picture of this superstar, Meejan wrote, “Pathan in theaters tomorrow. This means Pathan will be seen in theaters from tomorrow.