Bollywood: Alia Bhatt shared an unseen picture with Ranbir Kapoor from the sets of 'Brahmastra', Know more about it... 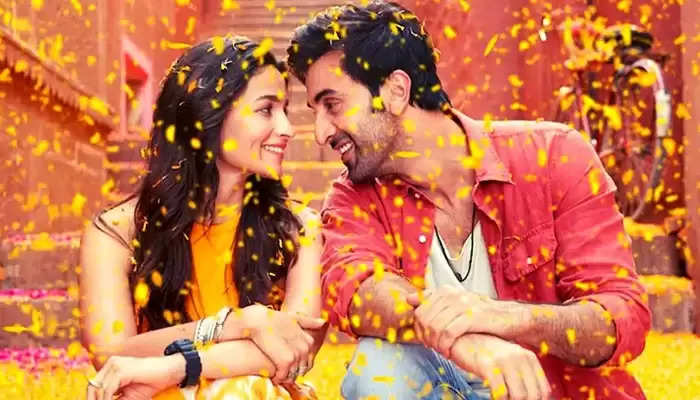 Alia Bhatt and Ranbir Kapoor rule the hearts of fans with their real chemistry. Viewers are quite excited to see this pair in Ayan Mukerji's upcoming film 'Brahmastra'. On the previous day, the makers of this film increased the desperation of the audience by releasing the promo of the second song of the film 'Deva Deva'. Meanwhile, Alia has revealed the 'best quality of her actor-husband as a co-star. 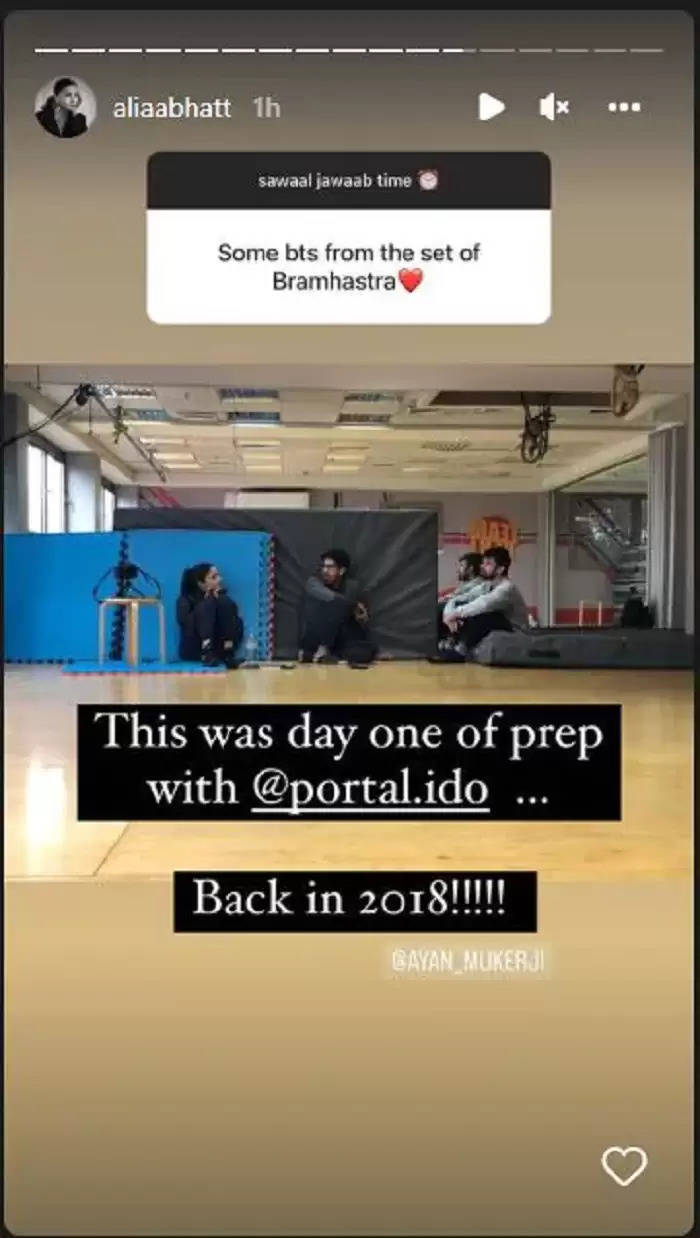 Let us tell you that while Alia is in news about her first pregnancy nowadays, on the other hand, she is also busy promoting her upcoming film 'Darlings'. Amidst the promotion of the film, she hosted an interactive life 'Ask Me Anything session with her fans on her Instagram on the evening of 4th August, where she asked fans questions about both her films Brahmastra' - 'And darlings'. replied to. Meanwhile, when a fan asked her about her husband Ranbir Kapoor, she gave a very funny answer.

Fans' questions answered
During the 'Ask Me Anything session, a fan asked Alia what is the most special quality of Ranbir Kapoor as a co-star. So she shared an old picture of her lovely husband from the sets of 'Brahmastra' and praised him. In the picture, Ranbir is seen making hearts with his hands. Alia revealed in her reply that she used to make very few hearts in between shots.

Share an unseen picture of Ranbir
Alia, sharing an unseen photo of Ranbir, replied to the fans, “Ranbir is the easiest to work with. They are very punctual. He is giving so much as an actor. He never leaves the set. His discipline is beyond brilliant. Plus, he'll make these little hearts out for me in between shots." 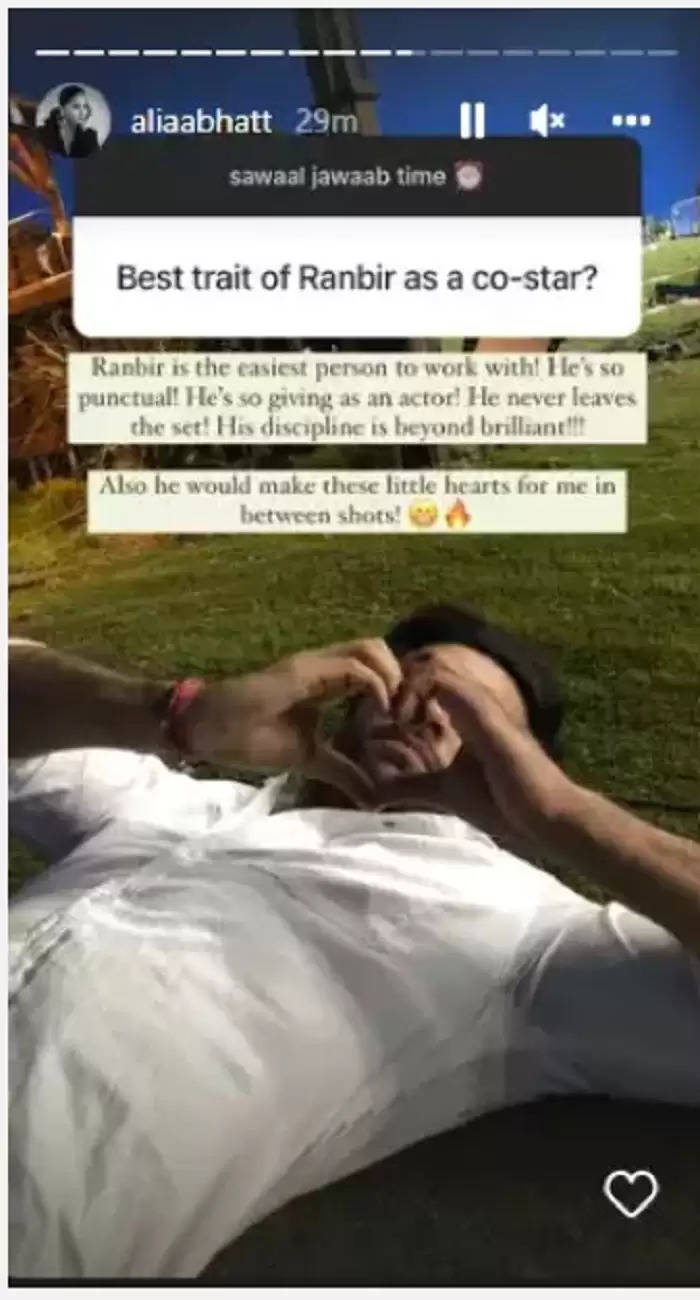 Fans raised questions about 'Darlings' - 'Brahmastra'
Alia was also asked about 'Darlings' and why did she choose them? To this Alia replied, “Script script and only script. I fell in love with the world of fans and what made me feel…”. When a fan asked about the song 'Kesariya' from 'Brahmastra', she replied, "Are you listening" followed by several emojis. Apart from this, Alia also shared a BTS still from director Ayan Mukerji's 'Brahmastra', which is from 2018.